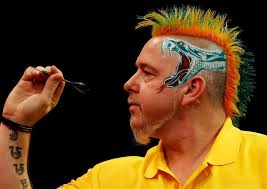 The Road to Ally Pally Darts is in its third year. In 2021 you can also earn your place to participate in the final game during the World Championship Darts in Alexandra ...

Fallon Sherrock will be among the leading names to be involved at the PDC Women's Series which will restart in late August with an expanded 12 event format which will tak... 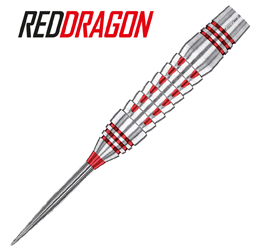 I’ll say from the outset that this review is primarily related to the “odd” weights, I’ll explain it this way, odd weights use... Lots of recently released darts use the word Legend in the name. These are named after a true legend of our sport. I am a stickler for cleanliness in particular in these trying times, and these brushes are the solution to many evils. While shafts are “consumables” everyone wants to get the best bang for their buck. For me they need to suit my darts, they need to be value for... Mission has released a dart in this case that is true to its name.

This is a really nice looking dart. Torpedo shaped barrel, red & black on ... Eric Bristow, an amazing man, who had an incredible career as a dart player.

He played with and against many other... I actually paid a lot of money for a set of RVB Legacy darts when Barney retired.

A whole bunch of us had booked a table to see him when h... The Swiss point System is a Target Darts product (read innovation). When the Swiss point ranges of darts were first released I was a little...

The Deadeye Darts Story, (My story).

I was born a child of the 40s, a Baby Boomer. I was lucky enough to grow up as part of a loving family, and at the end of my education was encouraged to start a career in Banking.

During the early years I was like a lot of young guys of the period, working multiple jobs to try to get ahead. It was in one of my “second jobs” that I was first exposed to the game of darts. Watching British immigrants to our Promised Land play cash tournaments that I first became interested in the game.

I’ve had a diverse career, working for one of the “big banks” in Sydney and eventually changing direction and becoming National Credit manager for a division of TNT, then moving on to become the National Project Manager after many years of service. I even became the Business Manager for one of Sydney’s elite private schools. All the time looking for a little more, wanting to be in total control of my own destiny, I wanted to be my own boss.

I’ve always been very focused, on not only succeeding but excelling at everything I put my hand to.

I kicked off Deadeye Darts in the early 1990s.

Back then I had moved away from corporate life and started to realise my dream of being my own boss. I had a party hire business, on weekends I hired out jukeboxes for parties. I decided to expand the growing business by importing a couple of Valley Cougar electronic dart machines that I hired out to Pubs and clubs. The machines proved extremely popular and required a continuing supply of soft tipped darts.

I originally sourced the soft tipped darts through Tex Darts in Melbourne (at the time the only manufacturer in Australia), who explained in detail that the product was extremely expensive. This resulted in a worldwide search for a more reliable, economical supplier to support the growing business. I eventually stumbled across an American company that ran a small advertisement in the “Darts News” publication called Great Lakes Darts.

Like most businesses Deadeye evolved from a single supplier to many, purchasing from suppliers in England, Europe, America, Japan, New Zealand and China. So, from small humble beginnings Deadeye has grown into one of the biggest online darts retailers in the Southern hemisphere.

Deadeye started out with an eight page color catalogue and a printed order form that was distributed to virtually every Club and pub in Australia. That was before the internet and electronic messaging, it meant that there were about 8,000 catalogues and order forms that were hand mailed over an 18 month period. Mail orders were a bit slow in the beginning but, before long the momentum grew and a viable business grew and started to flourish with the support of our customers.

In 1994 I worked out that the Internet was the way of the future, and if Deadeye was going to grow, the internet was the place that I could grow the business. Deadeye Darts was the first Australian Online Darts retailer.

Deadeye’s birthplace was originally Sydney, but we quickly outgrew the original premises and moved to a property in Ourimbah on the NSW Central Coast, allowing us to grow our store and product range.

By 2014 it was very clear that we had again outgrown our Ourimbah premises, and we were still growing, I made the decision to move to our current location at Somersby.

My vision is that Deadeye Darts will always stock the latest and best quality dart products that have been sourced from Wholesalers and Manufacturers around the globe.

As Deadeye Darts has grown and evolved, we have introduced our Range of Quality Deadeye Branded products – Dartboards, Dartboard lights, Mats, Surrounds, Cases, Shafts, Flights and even a range of high quality British made Tungsten darts from 17g to 40g in over 30 styles and the range continues to evolve.

We pride ourselves in the fact that we have continued to focus our efforts on the sport of darts. We have also been privileged to be in an era where darts, as a sport has become a worldwide phenomenon, a showcase for some of the greatest players to be seen not only in our time, but since the games early days.

They say, behind every man is a great woman. Whoever said it was 100% correct, my wife Christine and I have together been the driving force behind Deadeye Darts, and with the help of our current Manager Jennifer and various other family and staff members, all have worked hard to keep Deadeye Darts ahead of the ‘game’.

Even our Grandchildren who now number 13 have contributed at one point or another, by working at Deadeye. At a very young age they learnt to bag flights and shafts, and now they are lining up to take over.