Datadart Marauder, are manufactured from 90% tungsten and feature a slim ringed barrel with a razor grip cut along the barrel they have a small scallop at the rear section to aid the player with a consistent finger or thumb placement. Features include green rings on a matt black titanium coating with shark type sections to aid grip.

Over time the packaging, shafts, and flights may vary from those shown 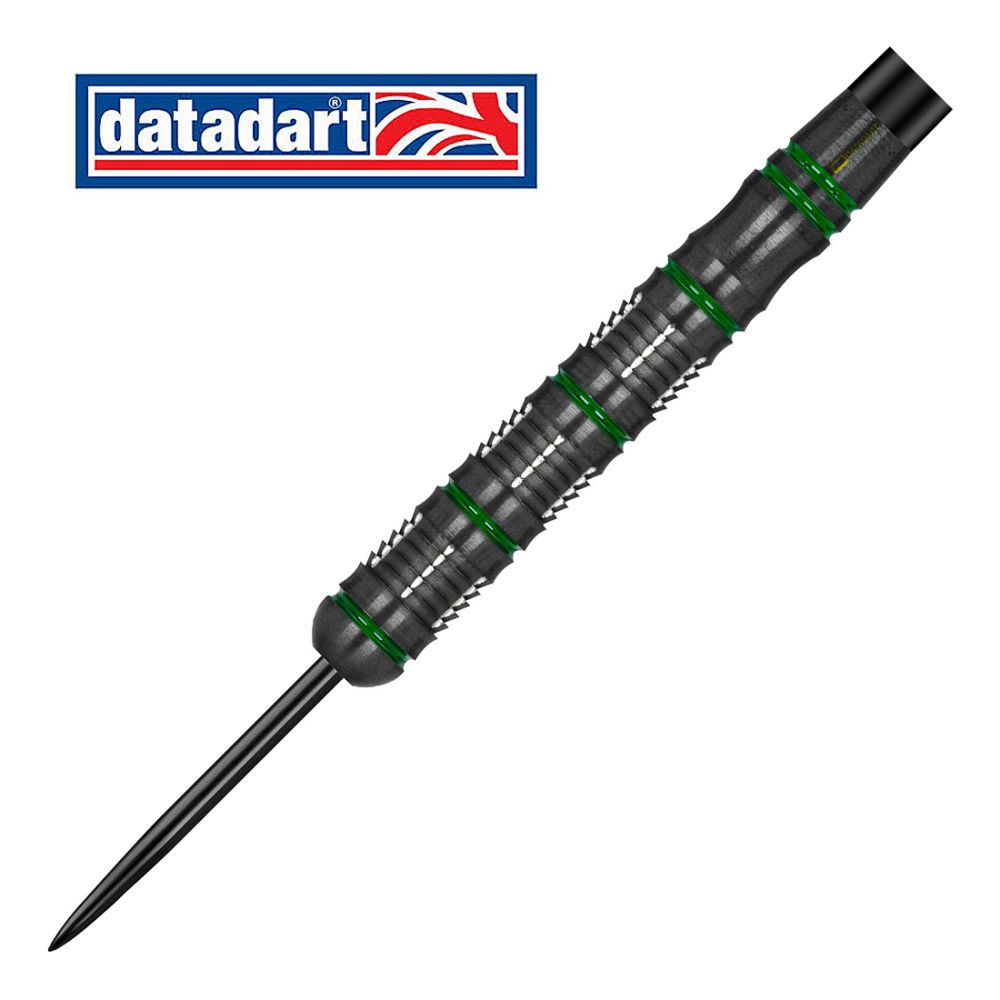